Attention deficit hyperactivity disorder (ADHD) is often associated with low job performance and a greater chance of becoming unemployed. But a new study by Ingrid Verheul of Rotterdam School of Management, Erasmus University (RSM) and a team of colleagues shows that there could be an benefit too. They found that people with hyperactivity, one of the main symptoms of ADHD, are more likely to start their own company and become self-employed. The researcher says the results indicate that for these people, becoming an entrepreneur may be a fitting career choice.

Some prominent entrepreneurs have publically credited their success to their ADHD symptoms. Among them is Richard Branson, the founder of the Virgin Group, just like Ingvar Kamprad, the founder of IKEA. While intuitively plausible, Verheul wanted to find out if these were just standalone examples or whether the link between ADHD and entrepreneurship could be established with empirical research. In an earlier study, she had already established the relationship between ADHD symptoms and an intention to become an entrepreneur. In this latest study the aim was to determine if people with ADHD symptoms are really more likely to become entrepreneurs than those without such symptoms.

To find out if there is a relationship between ADHD and self-employment, Verheul and her colleagues first studied 7,208 Swedish twins in the Swedish Twin Registry database at the famous Karolinska Institute in Stockholm. The conclusions from this study were then verified by measuring ADHD symptoms and self-employment in more than 13,000 Dutch students.

The combined results of these studies show that people who report higher levels of hyperactivity are also more likely to start their own company. Interestingly, Verheul found that most of these people were not pushed towards entrepreneurship, for example because they had previously been unemployed. This means they might have a particular talent for entrepreneurship, perhaps because of their creativity or the willingness to take risk. Earlier research shows these characteristics are associated with ADHD.

Verheul stresses that she did not study the clinical diagnosis of ADHD as psychiatrists do, but instead for this study she looked at ADHD as a behavioural tendency, suggesting that healthy individuals also experience such symptoms to some extent. The study thus also included respondents reporting no or low levels of ADHD symptoms.

Verheul says these findings could help to destigmatise ADHD because they demonstrate that entrepreneurship can be a positive career choice for hyperactive people, fitting their specific talents. This underlines viewpoints from evolutionary psychiatry, which shows that psychiatric symptoms may not just have a dark side – which is clearly present in people with ADHD – but also a bright side, offering opportunities for particular tasks and occupations. In this case, the high energy levels associated with hyperactivity can support people in taking the initiative and becoming active as an entrepreneur.

These positive effects go beyond the individual as earlier studies have demonstrated that self-employed people contribute significantly to innovation and economic growth, Verheul concludes.

Rotterdam School of Management, Erasmus University (RSM) is one of Europe’s leading research-based business schools. RSM provides ground-breaking research and education furthering excellence in all aspects of management and is based in the international port city of Rotterdam – a vital nexus of business, logistics and trade. RSM’s primary focus is on developing business leaders with international careers who carry their innovative mindset into a sustainable future thanks to a first-class range of bachelor, master, MBA, PhD and executive programmes. Study information and activities for future students, executives and alumni are also organised from the RSM office in Chengdu, China. www.rsm.nl 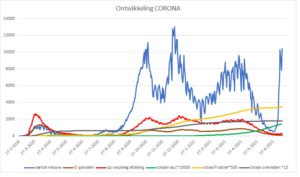